Book a visit
Order the book

Lewerentz. A masterpiece – the book

Grönlandet the buidling was completed in 1932, and is considered to be one of the most important modern buildings in Sweden. Many have visited the building in order to appreciate it as a work of art. We find ourselves confronted with a building where architectonic strength and beauty take centre stage, where irrationality prevails, where the office modules are of secondary importance and where asymmetry and irregularity are allowed to thrive within an overarching framework of symmetry and order.

The book Lewerentz. A Masterpiece is a richly illustrated book with many sketches and pictures from, among others, the ArkDes Lewerentz collection, the National Archives and the Nordic Museum. Read more about the book and  order the book here

Sigurd Lewerentz (1885-1975) is one of Sweden’s most famous architects internationally. Lewerentz’ long career as an architect included the development of national romanticism from around 1910 until around sixty years later, by which time beton brut, had taken over. During this period, he was a prominent exponent of 1920s classicism, 1930s functionalism and the brick architecture which reappeared in the post-war period. His wilfulness and artistic depth was nevertheless such that he was always going to follow his own path – one where matters of style would never be subordinate. It was the case, in fact, that his stubborn and introverted ways sometimes drew him into conflicts with clients. He never had a large office and, for several years from 1940 onwards, withdrew to his window factory in Eskilstuna. The fact that he had been financially independent, ever since growing up with his parents in their ‘manager’s residence’, certainly made him more able to cultivate his own independence.

The works of Sigurd Lewrentz will be shown in a large exhibition held at ArkDes in 2021. 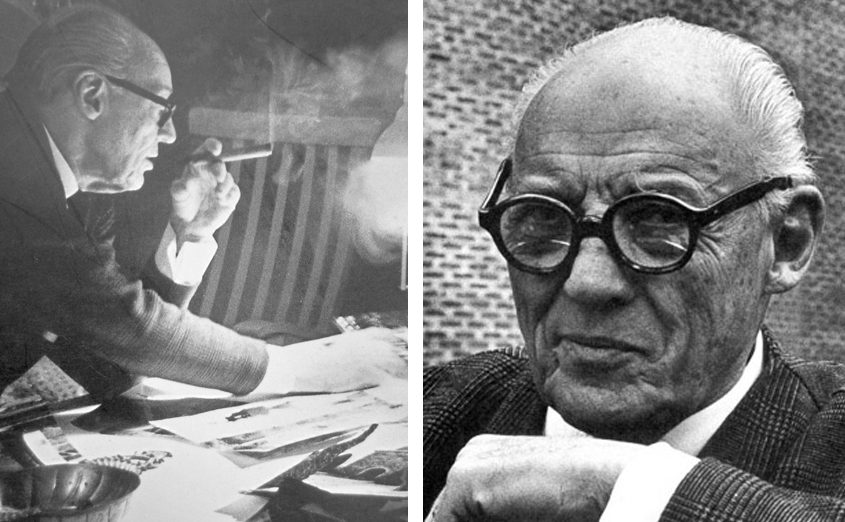 Subway: The property is located between the stations
Rådmansgatan and Hötorget on the green line.